Back in 2000 Simba Chips was facing an identity crisis. Their Simba brand mascot was losing ground to younger and more contemporary snacking brands. Simba looked aged and uninspired. Back then he looked like this:

There was a need to update Simba the Lion to be more contemporary. A TV commercial was created and aired circa 2005/6 called “I wanna be a Simba Chippie” which featured a computer-generated version of Simba that certainly looked a little more ‘with-it’ but the charm of a ‘Disney-esque’ character was still lacking.

The new version of the Character was also very low resolution and pixellated when enlarged. It performed very poorly on paper. What sufficed for television back then was simply not suitable for print. A Johannesburg based design studio called Quartermaster was tasked with addressing the problem. Creative Director Rory McClean approached me to help solve the problem and we immediately set to work.

After just a few rough revisions we arrived at what everybody agreed was a fantastic solution to the problem and a vast improvement on anything that had gone before. The presentation art was proudly presented to client.

The client was overjoyed and bought the character without any further adjustments. The final character illustration was completed then applied to a few other scenarios before Pepsico bought a controlling share in Simba Snacks and we lost touch with – and control over – our baby. Years have passed and our Simba Mascot creation continues to stand for the brand values of the King of Snacks. If someone ever asks me what I do for a living I need only mention the Simba character to explain what I do. My daughter Emma proudly points him out to me whenever she sees him in store. She’s awfully proud of her Dad’s achievement. 😉

The latest version of Simba which I did not work on is below. See if you can spot any changes!

Brand identities have to be managed with wisdom and clarity. The role of the Brand Guardian is still the most important job in the marketing game. It’s good to see our Simba still going strong and steadfastly representing what we believed are the core brand values almost 14 years later.

If you liked this post and would like to see more of my work, you can view more of my other Character Developments. 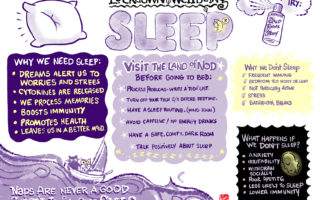 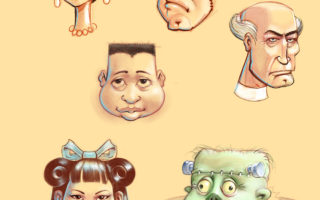 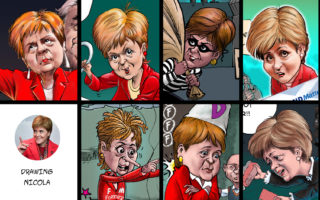