Northern Heists cartoon is the latest in a series of billboards for Scotland Matters.

Scotland Matters is a non-political action group. They are opposed to Scottish independence. They believe that Scotland has been adversely effected by poor governance. The City of Aberdeen is an example of this. Aberdeen used to be a great source of revenue for the Scottish government because of its proximity to the Northern oil fields. Since the oil fields have become less profitable the high rate of tax on Aberdeen remains in place. Consequently Aberdeen shoulders a large tax burden in spite of being less affluent. A large proportion of the taxes are first siphoned off from Aberdeen which negatively affects the regions prosperity. 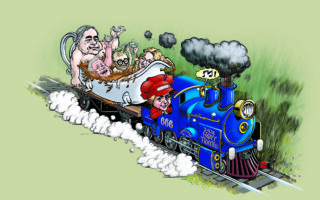 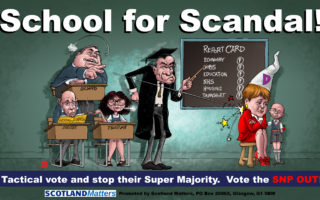 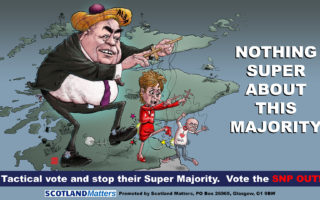